Showing posts from March, 2021
Show all

What is the Kernel Linux? 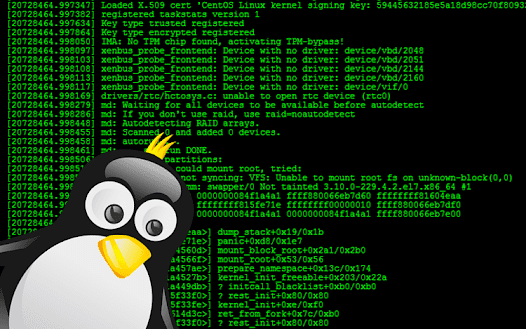 Hello to everyone! Do you know what Kernel Linux and its features is? If you don't know, learn now!   The Linux kernel is the primary component of a Linux operating system (OS) and is the central interface between a computer's hardware and its processes. It communicates between the 2, managing resources as efficiently as possible. The kernel has 4 jobs: Memory Management - Control how much memory is used to store what and where Process Management - Determine which processes can use the central processing unit (CPU), when and for how long Device drivers - act as mediators/interpreters between hardware and processes System Calls and Security - Receiving Process Service Requests The Linux kernel is distributed under the terms of the GNU General Public License (GPL) - this means that it is distributed without charge. In addition, you can change the code and distribute it freely. Has preemption (preemptive) - the execution of a task stops after a while, and another task gains
Post a Comment
Location: Salvador - State of Bahia, Brazil
Read more
More posts